Nusrat Jahan Relationship Status: Why is Yash Dasgupta in news? Know everything!

Nusrat Jahan married Nikhil Jain in the year 2019. After marriage, when Nusrat came to the MP wearing vermilion and sari in demand, people were stunned.

New Delhi: There were reports of rift between Trinamool Congress MP and Bengali actress Nusrat Jahan and her husband Nikhil Jain in the past. The market of headlines was hot for a few days and it was being said that Nusrat does not live with husband Nikhil.

The matter caught fire when the news of her pregnancy spread. It was said that Nusrat Jahan is pregnant. On the other hand, her husband and business man Nikhil Jain said that we have been living separately from each other for six months, so how can this child be mine? Meanwhile, actor Yash Dasgupta's name also came into the limelight and it was said that Nusrat is in a relationship with him. Now who is actor Yash Dasgupta and how did he come in the discussion, we are going to tell you this. 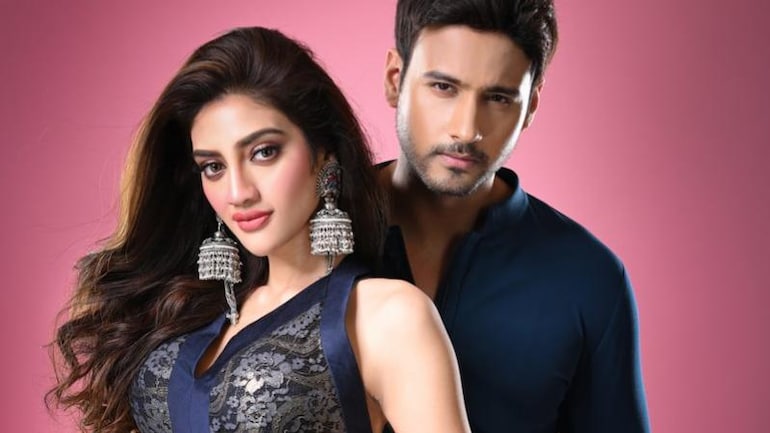 Nusrat Jahan married Nikhil Jain in the year 2019. After marriage, when Nusrat came to the MP wearing vermilion and sari in demand, people were stunned. Not only this, even a fatwa was issued against Nusrat Jahan.

But on Wednesday, Nusrat Jahan revealed that she is not living with her husband and their marriage is not valid in India. So the question of getting divorce does not arise.

Who is Yash Dasgupta?

The news of Nusrat and Nikhil's marriage not being valid in India spread like fire and along with it Yash Dasgupta also made headlines. Now people have also started believing that Nusrat Jahan is in a relationship with Yash. However, so far no statement has come from Nusrat Jahan and actor Yash Dasgupta.

Yashdas Gupta is a famous actor from Bengal. He had joined BJP in the West Bengal assembly elections held in the year 2021. He had also stood in the election but he did not get victory. During that time the news of Yash Dasgupta dating Nusrat came in the discussion.

Yash Dasgupta started his career with National TV. Yash made a mark among the audience with his performances in Hindi serials 'Basera', 'Bandini', 'Na Aana Is Desh Meri Laado', 'Adalat' and 'Mahima Shanidev Ki'.