The World Health Organization (WHO) has said that the fourth wave from the new form of coronavirus infection in Africa, Omicron, seems to be stopping now.

New Delhi: The World Health Organization (WHO) has said that the fourth wave from the new form of coronavirus infection in Africa, Omicron, seems to be stopping now. After a spurt in cases for six weeks, they have started declining. The first case of Omicron was reported in South Africa on 24 November. The WHO declared it a worrying form of infection on 26 November. Dr. Matshidiso Moeti, WHO's regional director for Africa, said: "Preliminary assessments indicate that the fourth wave in Africa is rapidly declining and cases are declining."

Fourth wave of corona in Africa:

He said, 'Strong measures are still needed in Africa to deal with the pandemic, and that is to run a rapid vaccination campaign. The next wave may not be mild.' In a statement issued on Thursday, the WHO said, 'The fourth wave from Omicron in Africa has now stopped after a six-week boom and is the shortest time ever on the continent. It has become a running wave. Here the cases have crossed one crore. 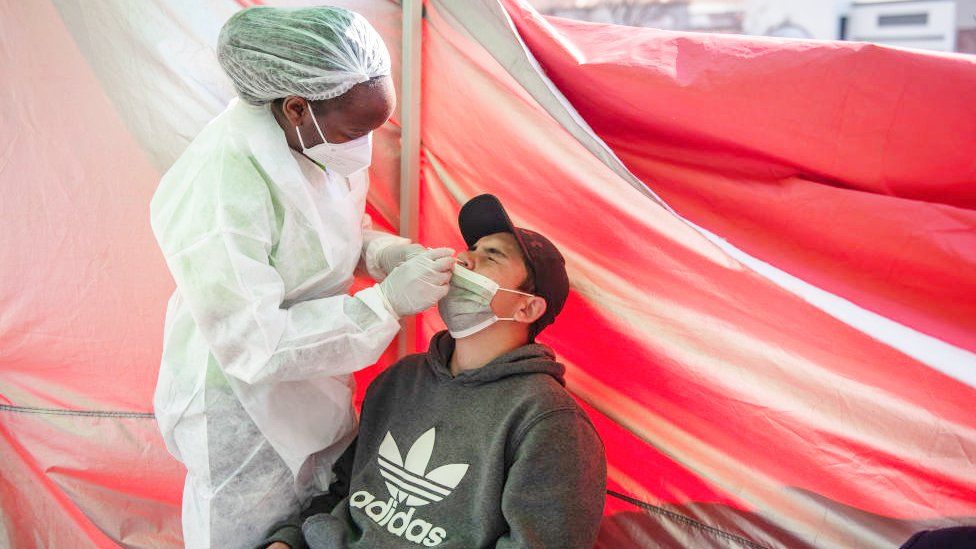 WHO Director-General Tedros Adhanom Ghebreyesus expressed concern that even though more than 9.4 billion vaccine doses have been administered globally, 90 countries have not even reached the target of immunizing 40 percent of their population by the end of last year. , and 36 of those countries have yet to vaccinate 10 percent of their population. He said that more than 85 percent of Africa's population is yet to receive the first dose of the vaccine. The Director-General of WHO said, 'If we do not work together towards bridging this gap, then we will not be able to put an end to the pandemic.'

Scientists in Britain and the US say early signs suggest Omicron cases have peaked but they are still uncertain about the next phase of the pandemic. America has the highest number of 78 percent cases this week. New cases in Europe have increased by 31 percent, while the number of deaths has decreased by 10 percent. Most of the cases have come from Southeast Asia.