Chief Minister Uddhav Thackeray has appealed to the mandals of the state to give priority to the health of the people on the basis of humanity.

New Delhi: In Maharashtra, there will be no annual program of Dahi Handi on the occasion of Janmashtami this year. In fact, Chief Minister Uddhav Thackeray has appealed to the mandals of the state to give priority to the health of the people on the basis of humanity and stay away from the festival program for some more time.

Thackeray said in a meeting with the Divisional Officer on Monday that people are still struggling for livelihood due to the Corona pandemic. Let us inform that in Maharashtra, the Mandal and Govinda groups had requested the state government to allow them to conduct the right Dahi Handi program on a small scale, as the practice sessions have already started. 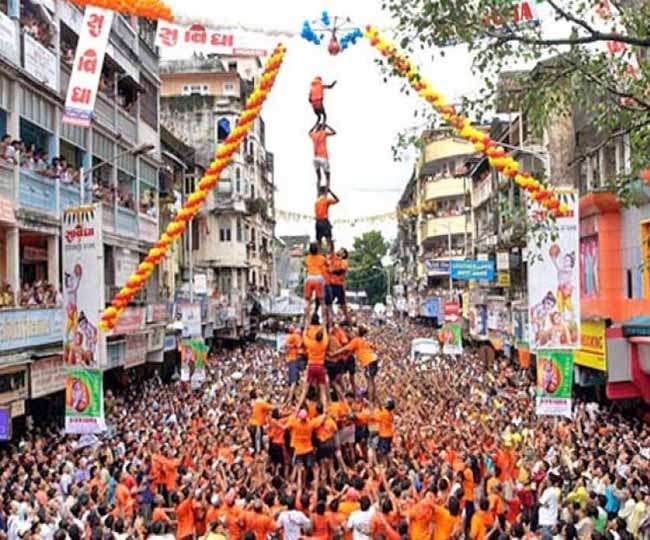 In a meeting with state minister Aaditya Thackeray last week, the Dahi Handi Coordination Committee had said that they would build a three- to four-tier pyramid for Dahi Handi and only those who had been fully vaccinated would participate in the programme. Mumbai-based newspaper Mid Day quoted some members as saying that if Ganesh Utsav can be organized on a small scale, then the government should give permission for the Dahi Handi event.

No public gathering amid corona pandemic:

BJP MLA Ram Kadam said that as usual this year also we will organize Dahi Handi program. But, how many people will be involved in the program, we will decide only on the basis of the exemption given by the government. Let us tell you that due to the Corona pandemic, this year also in Maharashtra, the festival of Ganeshotsav will be celebrated under strict restrictions for the second consecutive year. The state government has issued a guideline regarding the program, in which the standard has also been set for the height of the Ganesh idol.

The state government has said in its guideline that the height of the statues to be installed in public places shall not exceed four feet. At the same time, a statue of more than two feet height will not be installed at home. Crowds will not be allowed for the Aarti. Along with this, the state government has also not given permission to take out the procession. The ten-day Ganpati festival will start from September 10.