Today is the third day of Navratri. The nine forms of Maa Durga are worshiped for nine days of Navratri.

New Delhi: Today is the third day of Navratri. The nine forms of Maa Durga are worshiped for nine days of Navratri. As we all know, for these 9 days, the devotees indulge in devotion to Maa Durga.

In such a situation, according to the Hindu calendar, if some measures are taken during Navratri, Maa Durga gives so much blessings. By doing this, the grace of the mother remains on the devotees. At the same time, negative powers also stay away. 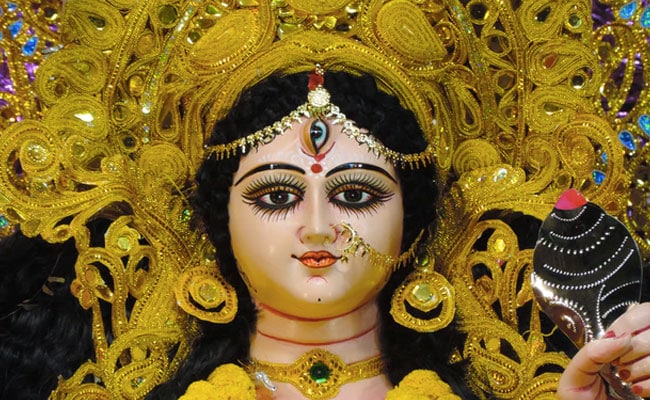 What to do in Navratri Pooja?

If Tulsi plant is planted in the house during Navratri, it is very auspicious. If you already have this plant in your house, then take a coin and ask for your vow. Then press the coin into the soil of the plant. If you do this then you will get success in work.

During this time one should recite the Chandi path or Durga Saptashati. It is also considered very auspicious. It is believed that if this lesson is done as per the rules, then the devotee gets the blessings of the Maa. If any kind of problem is going on in the life of the devotee, then he should chant the beej mantra of Maa Durga - Om hreem dun durgaye. The number of chants should be 108. Then yogurt(Dahi) should be offered to Lord Shiva. By doing this, all the troubles of a person's life will vanish.

Red color is very dear to the Maa Durga. In this case, the Maa should wear a red colored cloth. Also offer red flowers. It is believed that if this is done, then all the wishes of the person are fulfilled.

The accuracy or reliability of any information / material / calculation contained in this article is not guaranteed.