There is a possibility of rain in Jharkhand in the next 24 hours. Similar conditions will be seen in the Gangetic areas of West Bengal.

New Delhi: According to the India Meteorological Department (IMD), at this time the highest cloud movement is being seen in the states of East and Northeast India. The remaining parts are also cloudy but relatively less. Many parts of the country have developed weather systems that are bringing with them moisture, which is what is creating these clouds.

After the rains in North India, now the parts of the country which have seen the most effect of clouds are Bihar, Jharkhand, Odisha, West Bengal, Chhattisgarh and Madhya Pradesh of Central and Eastern India. Today, in the weather forecast for January 13, the matter is from the areas of eastern India only. There is a possibility of rain in Jharkhand in the next 24 hours. Similar conditions will be seen in the Gangetic areas of West Bengal. Rain is likely at isolated places over Sub Himalayan West Bengal and Sikkim. Bihar may remain partly cloudy till Thursday afternoon, due to which light rain or drizzle will be seen. Cloudy and rain is possible in Patna, Nawada, Buxar, Kaimur areas. But after noon the weather will turn dry. 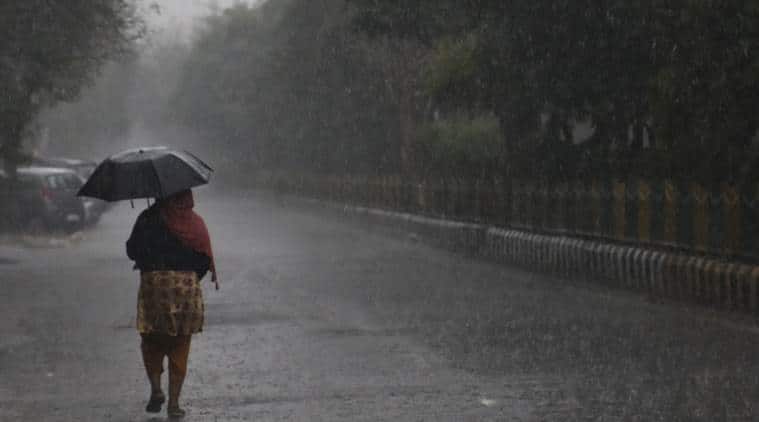 Talking about Northeast India, Arunachal Pradesh, Meghalaya, Manipur, Mizoram, Tripura and Assam have recorded heavy rainfall in the last 24 hours. Very dense clouds were also seen on 12 January. Very good rainfall is being forecast in these states in the next 24 hours. It may rain in all the cities here on January 13. If we go ahead after this, the chances of rain are highest in Central India. It is estimated that almost all the cities of Odisha will be covered by dense clouds.

There will be rain in Nanded and adjoining parts of Madhya Maharashtra. Konkan-Goa and adjoining areas will remain mainly clean and dry. The weather will remain clear and dry in areas like Mumbai, Pune, Sangli, Satara, Dhule etc. At the same time, cold winds have started in Gujarat. The effect of these winds is also in some parts of Maharashtra, from Konkan-Goa to Nashik and Pune.

East to west parts of Punjab, Haryana, Rajasthan, Delhi and Uttar Pradesh will remain completely dry on January 13. But the effect of cold winds will be seen in these areas. These areas will see very good winter for the next three to four days.