Cold winds have started blowing in North India, due to which the areas of Punjab, Haryana, Rajasthan, Delhi, Uttar Pradesh and Madhya Pradesh, Gujarat are seeing drop in temperature.

UP cold, to get colder by weekend

New Delhi: Weather activities are intensifying in the country. Seasonal activity is in full swing. At this time, there is different circulation in many parts of the country simultaneously. One circulation is over Rajasthan and the other is over South Konkan-Goa and the coastal areas of Karnataka and near Goa. And these circulations are helping to increase the seasonal activities.

Apart from this, the effect of the circulation over the southern and western parts of the Bay of Bengal is visible in sending moisture and clouds towards the land parts of India. For this reason, the effect of clouds is being seen in Odisha, Chhattisgarh, Jharkhand and West Bengal etc. Due to these clouds, there is a possibility of heavy rain in these states on January 12. 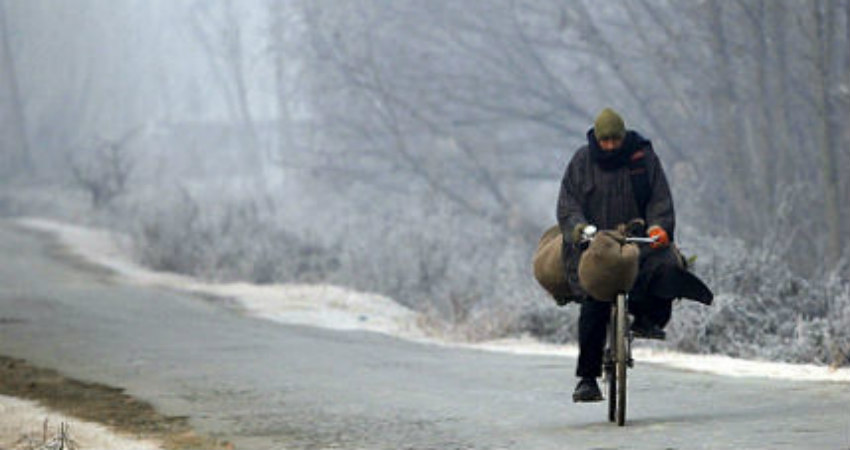 Cold winds have started blowing in North India, due to which the areas of Punjab, Haryana, Rajasthan, Delhi, Uttar Pradesh and Madhya Pradesh, Gujarat are seeing drop in temperature. There will be a big drop in temperature due to cold winds in these states. The mercury will go much below normal, due to which the cold winter is going to knock once again. Due to this, the effect of cold wave has started forming in North India.

Today we will start weather information from East and Northeast India. In this region of the country, the weather activity has increased significantly. Let us tell you what will happen on January 12 in these states. Be it Bihar or Jharkhand or West Bengal, there is a possibility of moderate to heavy rain at many places in these three states on Wednesday. Yes, even if this rain is not kept in the category of heavy rain, but it can be called good rain. According to the India Meteorological Department (IMD), moisture will remain abundant in these areas.

Due to which, in the next 24 hours, many cities of West Bengal along with some areas of Jharkhand and many cities of Bihar will remain cloudy for most of the time. Light to moderate rain is forecast at many places, with heavy rain at some places. Along with rain, hailstorm is also being predicted in some areas. There is also the possibility of a lightning strike. Darbhanga, Patna, Bhagalpur, Gaya in Bihar while Jamshedpur, Kolkata, Digha and Midnapore in Jharkhand will have such possibility.

Cold winds are reaching many places of Maharashtra including Mumbai, due to which the day and night temperatures are seeing a drop. This fall has been recorded from 4 to 5 degree Celsius. These conditions may persist in the coming days. Moving towards South India, rain activities are increasing over Telangana and Andhra Pradesh. At the same time, the spread of rain is increasing over the area of Tamil Nadu as well.