Ghulam Nabi Azad said that the police and agencies have to understand the manner in which people are being killed.

New Delhi: On the current situation in Jammu and Kashmir, Congress leader Ghulam Nabi Azad said that the police and agencies have to understand the manner in which people are being killed. Azad said that during the last 30 years, terrorists have adopted different tactics to spread terrorism and kill people.

We must find a solution: Ghulam Nabi Azad

"In the last three decades, there have been ups and downs in terrorism in Jammu and Kashmir. I don't want to politicise this but I can say that there have been phases even earlier. During my time, terrorism drastically came down. Then, it went up. It doesn't mean that a particular leader or a particular person or system was in favour of terrorism", said Ghulam Nabi Azad. 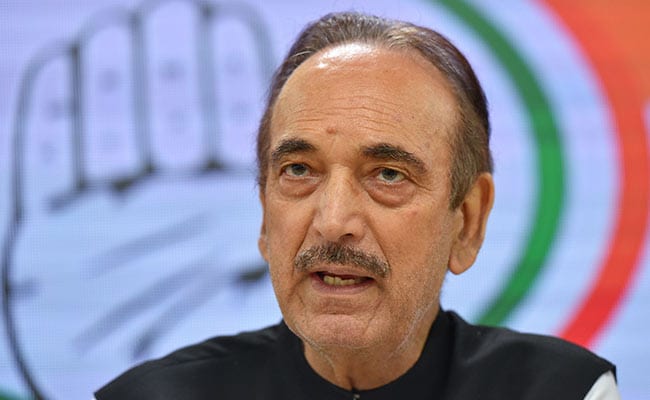 "The government had done a mistake when the abrogation of Article 370 took place and when the state was divided into two. Having 144 or curfew and putting more than 16,000 people in jail has worsened the things. I think again that we must find a solution," said Azad.

In the last few days, civilians have been killed in Jammu and Kashmir. Especially people who came to work in Kashmir from outside have been targeted. Now such people are leaving Kashmir due to panic.