Prime Minister Narendra Modi on Friday dedicated seven new defense companies to the nation. He said that it is an auspicious sign that this program is being held on the day of Vijayadashami.

New Delhi: Prime Minister Narendra Modi on Friday dedicated seven new defense companies to the nation. He said that it is an auspicious sign that this program is being held on the day of Vijayadashami. The program started with weapon worship. India considers power as the medium of creation. He said that this day is also the birth anniversary of former President Bharat Ratna Dr APJ Abdul Kalam Sahib. The way Kalam sahib dedicated his life for building a powerful India, he is inspiring for all of us.

PM Modi said that India has entered 75 years of its independence. The country is completing the works which were stuck for decades. The launch of seven new companies is part of the country's Sankalp Yatra. This decision was stuck for the last 15-20 years. I am sure all the seven companies will become the basis of India's military strength in the coming times.

The world saw the strength of India at the time of World War: PM Modi

The Prime Minister said that our ordnance factories were known as the world's most powerful factories. They have long experience. The world has seen his stamina during the world war. After independence these factories needed to be updated, it was not given special attention. Over time, India became dependent on foreign countries for strategic needs. These companies will play a role in bringing about a change from these circumstances. 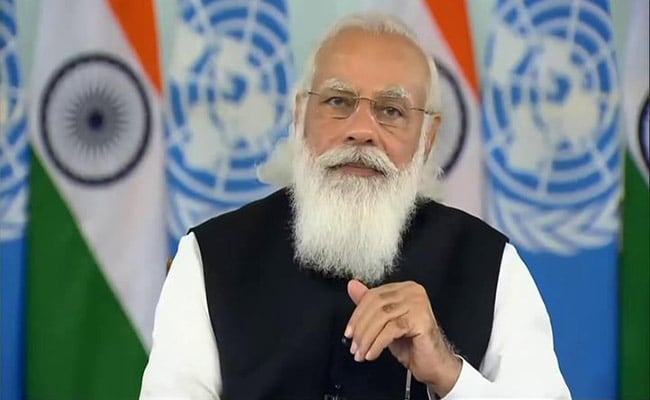 The goal of the development of the modern military industry

Under the self-reliant India campaign, the goal of the country is to make India the world's largest military power on its own, the goal is to develop a modern military industry in India. In the last seven years, the country has worked to carry forward this resolve with the mantra of 'Make in India'. For the first time after independence, such major reforms are taking place in our defense sector. For this a single window system has been arranged. The PM said that some time ago the Ministry of Defense had released a list of more than 100 such tactical equipment which will no longer be imported from outside. To strengthen the Indian Army, seven defense companies of the country will make pistols to fighter planes for the soldiers. These companies have received orders worth Rs 65,000 crore from the three services and paramilitary forces. This shows the country's faith in our defense industry.