From ‘Qubool Hai’ to ‘Talaq, Talaq, Talaq’… A painful journey pinpointed years ago

Lucknow: “I still remember the day you took me away from those who have kept me in their arms for these many years. I remember those wedding rituals, the heavy wedding attire that I had to wear to maintain the social quotient of your family. My teary eyes, my heavy heart, my shivering body, the itching throat and then your strong and protective hand coming by my side to assure me that I was not alone…. I remember everything.

All those gestures that you have shown made me come closer to you. The more you smiled at me, the more I started falling for you. When you took my hand into yours, I was the most powerful woman in the world. Each time you stood by my side, I was assured of winning the world.

BUT, today I am standing here, alone… defeated… All that glitter I had in my eyes has turned into tears; the shivering hand that you held is again shivering today and you are not here to hold me.

I had started knitting a dream of being happiest woman with you when, I was told of being the most unfortunate dreamer.

All that I have been left with is my grief, society’s taunts and a question…. ‘What mistake of mine made your ‘Qubool Hai’ to change into ‘Talaq, Talaq, Talaq…?”

This is all that a Muslim woman is left with when she has to describe the pain of Triple Talaq. The ongoing tradition of divorcing a woman in this particular community has left them feel like a puppet dancing in hands of these rulers of the patriarch society.

The exploitation of women that this Triple Talaq does might have been identified by the leaders and concerned authorities now but a section of this society was aware of women being treated like a door mat rather than human being years ago.

A renowned filmmaker B.R Chopra, in his movie Nikah (1982), made a social comment on the sharia laws of divorce (Talaq) and its misuse in Indian Muslim society.

In slide ahead: What the movie pointed out at...?

The film was set in Hyderabad where Nilofar (Salma Agha) gets married to Wasim (Deepak Parashar). After marriage it turns out that Wasim is a workaholic and also have the tendency of picking up fights in petty issues. Nilofer, who was expecting a happy married life is disappointed and feels neglected and lonely. On the occasion of their first wedding anniversary Wasim and Nilofar arrange a party for which Wasim fails to turn up.

Nilofar can't face the questions of the guests and retires to her bedroom. The guests are insulted by the absence of the hosts and leave the party. This leads to a heated argument between the couple and in a moment of rage Wasim divorces Nilofar by saying Talaq three times, without fulfilling other conditions required by sharia laws to perform this (which was a usual practice in Indian Muslim society in those times).

In next slide: What happens next...

The movie also featured Raj Babbar as Haider who was in love with Nilofar since college days and still loves her. He marries her after she gets divorced but Wasim who has divorced her in a moment of anger, wants to reconcile and marry her again. He approaches the Imam and asks his advice on the matter. The Imam tells him the complexity of the Sharia law for remarrying a wife after divorcing her. This requires her to marry someone else and get a divorce later. Only then will Wasim be able to remarry Nilofar.

He asks Haider about this and gets his acceptance but Nilofar turns it down and questions both of them on their treating of her like property rather than as a woman.

In next slide: The irony... 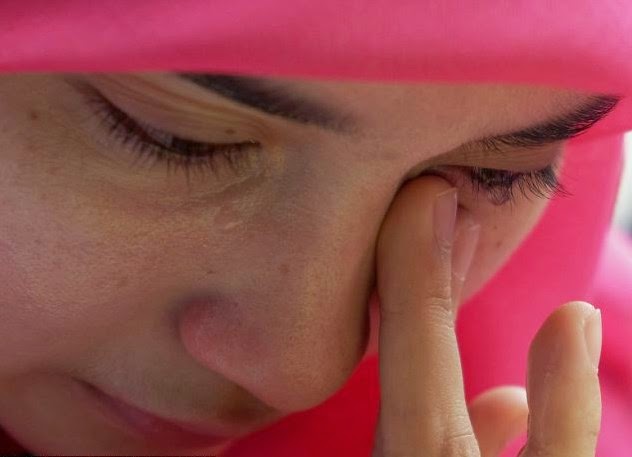 The self-proclaimed clerics, leaders, law-makers, might have been treating this issue for cooking up their political platter but the sensitivity of Triple Talaq is much more than what we have assumed. The real pain was felt by some people years ago and some do feel it nowadays too but the pain that these victims go through is much more than what can be felt and described.