Kangana was openly targeting TMC, supporting the BJP. Meanwhile, the account of the actress was suspended permanently.

New Delhi: Bollywood's 'Panga Girl' Kangana Ranaut is very active on social media. She remains in the headlines due to her statements on social media. Due to her opinion on the issues of the country and abroad, she has also had to be trolled many times.

Kangana Ranaut handled her own Twitter for some time, after which she is seen keeping her talk on every issue. Recently, after the victory of Mamata Banerjee's party in West Bengal, Kangana was making many tweets against TMC.

Kangana was openly targeting TMC, supporting the BJP. Meanwhile, the account of the actress was suspended permanently. Memes are now becoming very viral on social media about this.

She tweeted and wrote- 'TMC goons gangraped BJP worker. Indira Gandhi imposed emergency for 39 times and she said that international media India does not care what you think, it does not know the language of Gawar blood thirsty nation love Modi ji, they should stick. ' 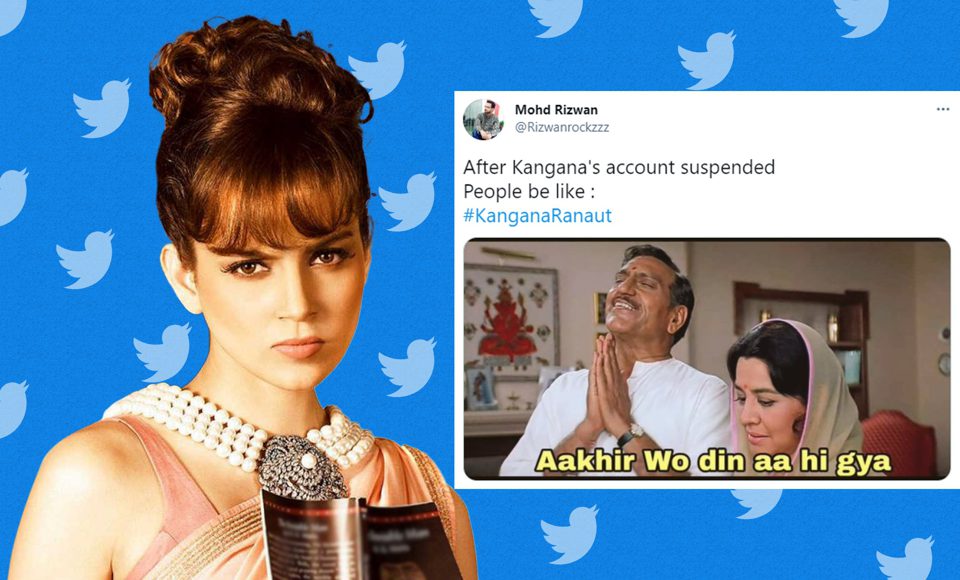