The investigating officer of NCB himself has confessed in the court that drugs have not been recovered from Shahrukh Khan's son Aryan Khan.

Mumbai: Narcotics Control Bureau has made a big disclosure in the Rave Party case in Mumbai. The investigating officer of NCB himself has confessed in the court that drugs have not been recovered from Shahrukh Khan's son Aryan Khan. Nor have they found any such evidence to prove that Aryan Khan had gone to a drug party on the cruise. 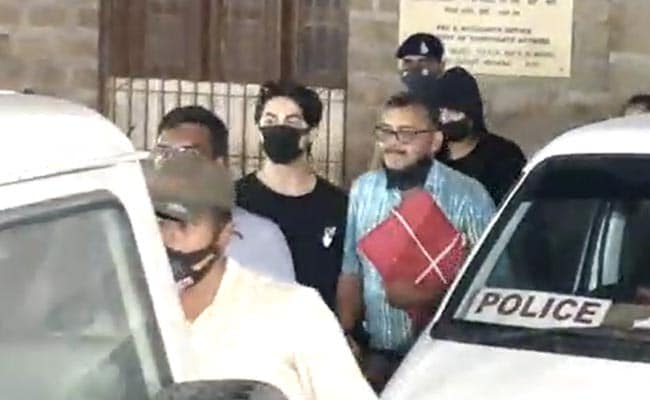 Aryan Khan was invited as a guest:

Aryan Khan's lawyer Satish Manshinde told the court that Aryan Khan was invited on the cruise as a special guest because of Bollywood. He had no direct connection with the party organization. Aryan did not even have a ship ticket and boarding pass. He said that no such evidence has been found in the investigation of NCB, which proved that Aryan Khan was involved in the purchase and sale of drugs.

NCB alleges that Aryan Khan is part of a drug syndicate. According to sources, some chats received from his mobile are also pointing towards this. In such a situation, every wire related to the NCB cruise party is being searched. This is the reason why Aryan Khan's custody has been extended even after the drugs were not recovered from him at the cruise party.

Aryan Khan was allegedly at a rave party on a cruise ship off the coast of Mumbai when the NCB conducted a raid. As per the NCB, three persons have been booked under Section 8C, 20b, 27 (Punishment for consumption of any narcotic drug or psychotropic substance) and 35 (Presumption of culpable mental state) of the Narcotic Drugs and Psychotropic Substances Act (NDPS Act).