Kartik Aaryan, who earned his name in Bollywood due to his strong acting, is one of the well-known actors of Bollywood today. 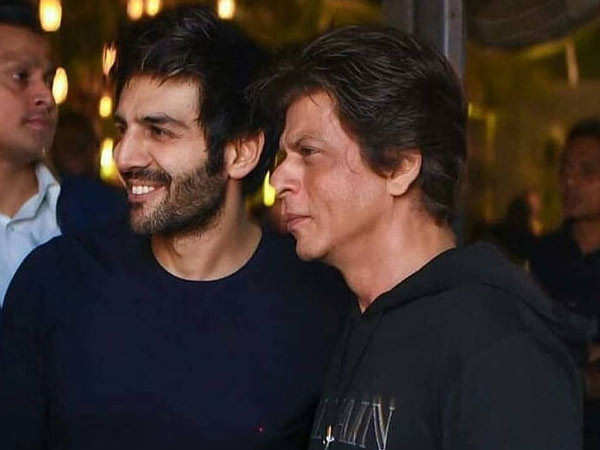 Talking to a website, Kartik Aaryan said, "When I first came to Mumbai, everyone I went outside 'Mannat' to Shah Rukh Khan's house like a fan. He told that it was a Sunday and I had heard that every Sunday sir comes out to greet the fans.

When I reached there, he was going in his car and in that crowd I had a chance to take a picture with him." During this, when asked if he told Shah Rukh Khan about it later, Kartik smiled and replied, "No, I didn't tell him."

On the work front, the actor made his digital debut last year with Ram Madhvani's directorial venture 'Dhamaka'. In this film released on Netflix, Kartik appeared in the role of a journalist. Apart from this, Mrinal Thakur and Amrita Subhash were in the lead roles with him in the film.

Apart from this, Kartik will be seen in Anees Bazmee's 'Bhool Bhulaiyaa 2'. Kiara Advani and Tabu will also be seen with him in this film.