Akshay shared a post for his mother on his Instagram, in which he told that the next few hours are very tough, and he appealed to the fans for prayers.

New Delhi: Bollywood actor Akshay Kumar's mother has passed away. Akshay himself has given this information through his Twitter account. The actor's mother was ill for the past few days, and was in the ICU. On 7 September, Akshay shared a post for his mother on his Instagram, in which he told that the next few hours are very delicate, and he appealed to the fans for prayers.

Now the actor's mother has said goodbye to this world forever.

Giving information about this, Akshay has shared an emotional post. In his post, Akshay wrote, 'She was my core... and today I feel very sad from inside, I feel an unbearable pain. My Maa Mrs. Aruna Bhatia peacefully left this world this morning. And got reunited with my father in other world. I respect your prayers as I and my family go through this perod. om Shanti'. 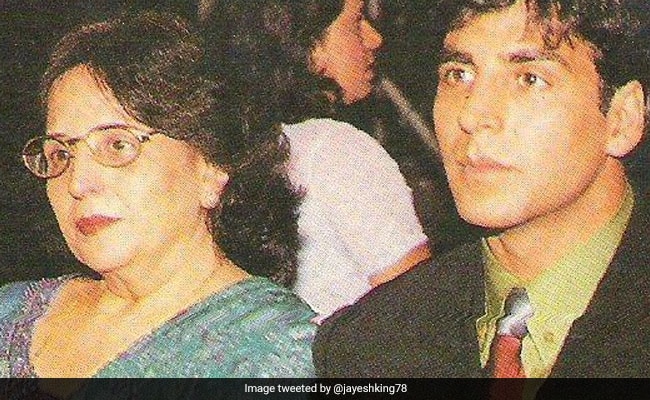 Akshay Kumar shared a post on his official Instagram account. In this post, Akshay Kumar wrote, 'I am overwhelmed by your concern and words for my mother's health. This is a very difficult time for me and my family. Your every single prayer will be of great help.'

Let us tell you that recently there was news that Akshay Kumar's mother Aruna Bhatia was ill due to which she was admitted to Hinduja Hospital in Mumbai. Because of this, Akshay Kumar also left the shooting of his film in the middle and came to Mumbai in a hurry. Akshay Kumar was shooting for his upcoming film 'Cinderella' in London for the past few days.