New Delhi: Government oil companies have released new rates of petrol and diesel for Monday. There has been no increase in prices today. Prior to this, the fuel price was being increased continuously for the last several days. The price of petrol in Delhi is Rs 107.59 while the price of diesel is Rs 96.32 per liter. 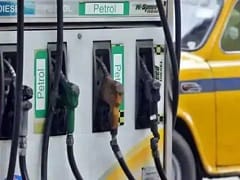 Let us tell you that in the month of October so far, fuel prices have been increased more than 20 times. Petrol and diesel prices have increased every day except for just three days. Petrol has become costlier by Rs 5.15 only in October, while diesel has also increased by Rs 5. As the prices of crude oil continue to rise, the rates of petrol and diesel are also increasing continuously. At this time in many cities of the country, the rate of petrol has reached close to 120 liters. For the first time in Rajasthan's Sriganganagar, petrol has reached close to Rs 120.

Fuel rates in your city:

The price of petrol has crossed Rs 100 in Madhya Pradesh, Rajasthan, Maharashtra, Andhra Pradesh, Telangana, Karnataka, Odisha, Jammu and Kashmir and Ladakh. Petrol price is highest in Mumbai. Let us tell you that the difference in the price of petrol and diesel in the states varies due to the tax and the cost of transportation imposed by the central and state government.